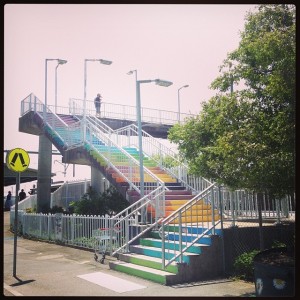 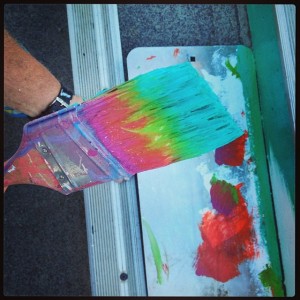 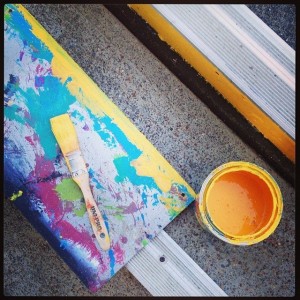 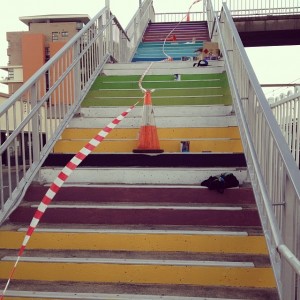 Last year we found out that some of our art and placemaking friends were working on an exciting project for the stairs at Wickham train station. Mark Aylward (who has been a key driver in some great placemaking projects in Newcastle West), had sparked a project online with artists Lu Quade and Erynwithawhy. As we are all pals online, we had seen each other commenting on a photo featuring a brilliantly coloured mural over the face of a long set of stairs. Mark, being the proactive and ambitious artist that he is, decided to find some stairs so that Newcastle could have it’s own version.

Mark sought permission to paint the stairs, sourced sponsorship for paint from Dulux (special thanks to representative Steve Kiem) and mustered up artists Lu Quade, Erynwithawhy and myself to join in. This project was probably the most fun (aside from the somewhat awkward posture posed when painting stairs – it’s hard work!) painting project that I have been involved with.

It was great seeing people smile as we painted the bright colours over the dull concrete. Some people asked, ‘Why?’. To which we would say, ‘Why not?’ or ‘Because we can!’.

The stairs have since been featured in an article by The Herald which you can see here. I would like to personally give a shout out to Shrek for his comment. We agree, this is a first class piece of art, indeed. Oh and my favourite part of the day was when the popo turned up to see if we were vandals. No, sorry. We sought permission.

Unfortunately, most of the photos I took of the two days of painting have been lost after having my phone stolen (boo!). Yet, here are some photos which we shared on Instagram (lucky we have those, I guess). 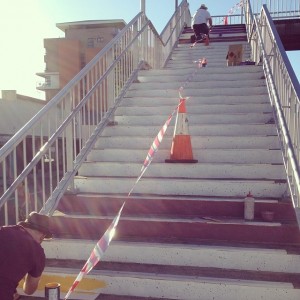 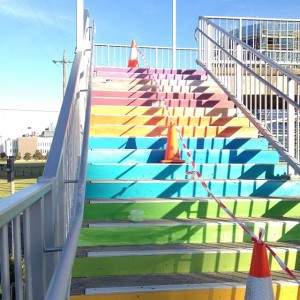 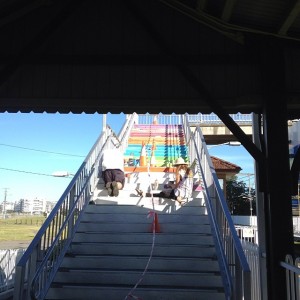 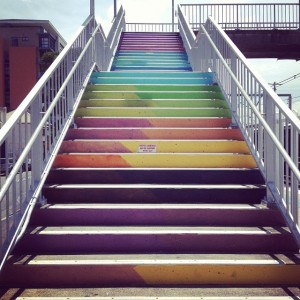 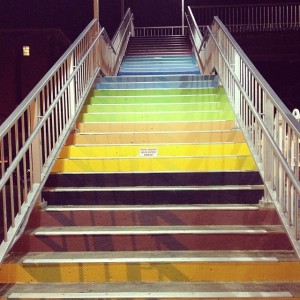 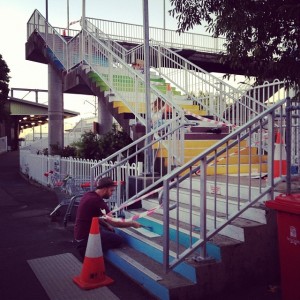