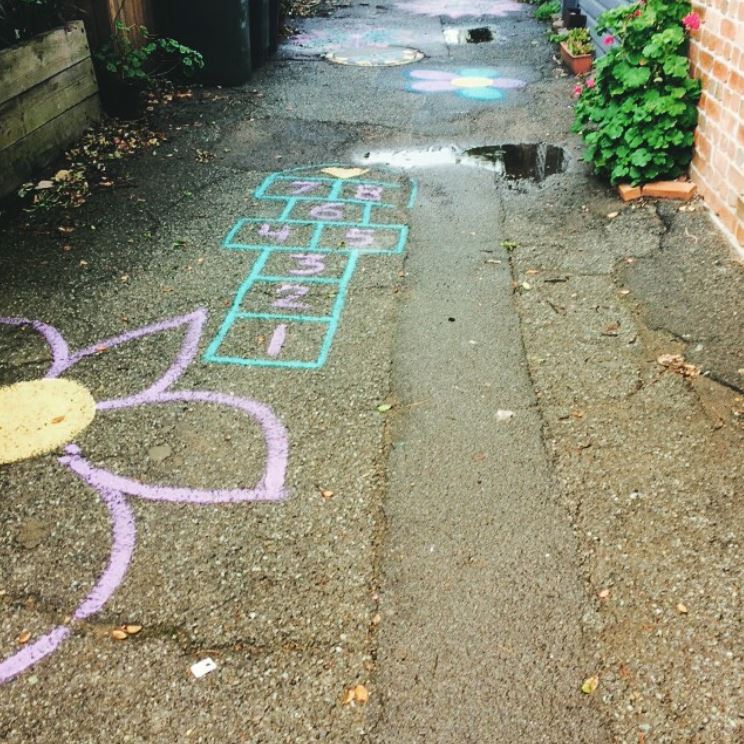 On Friday 1 December I was lucky enough to take the Strategic Planning Team from Port Stephen’s Council out on a city adventure from Newcastle East to (nearly) Cooks Hill. It was positively rejuvenating to meet such an outgoing and vivacious team who had so many questions around the process of engaging artists and commissioning creative projects. 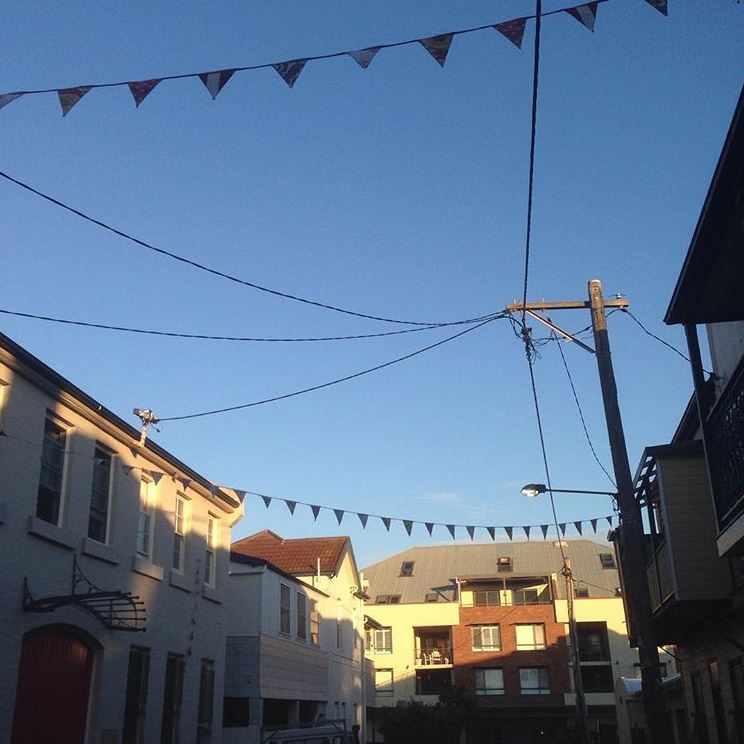 Starting in Newcastle East at The Grain Store, which was The View Factory when This Is Not Art Festival used it as a canvas for walkARTbout, to show the energetic team some of the best creative projects in The City of Newcastle. Our walk revealed DIY gardens that residents share with those who walk by on the street, showing how residents taking pride in the public spaces has such a profound impact of creating a unique identity for places, including ground murals and bunting down secluded laneways. 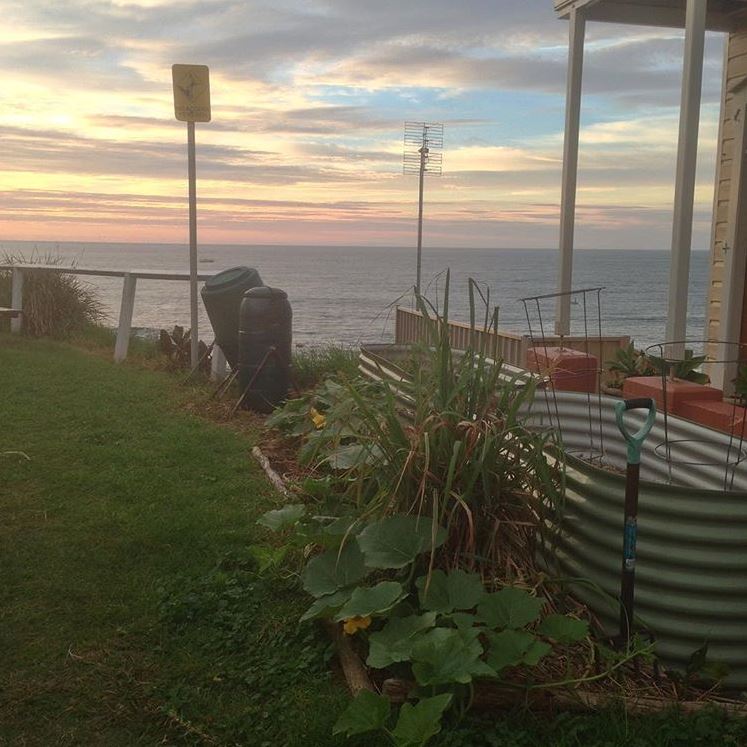 The Newcastle Beach Tunnel is an example of a public artwork commissioned by The City of Newcastle as part of their Graffiti Management Program. The artwork by Trevor Dickinson (who first created Newcastle street art as part of walkARTbout in paste-up form) was commissioned in 2011 to rejuvenate wall which had the historic Time Tunnel mural by Birgitte Hansen which was painted in 1990. Twenty-one years had resulted in a great deal of wear and tear so a new commission was made. Respectfully, Trevor pays homage to the former artist on the wall by leaving a section of Hansen’s work to peek through his new design. Trevor’s work has become highly well-known since these two projects were completed and Newcastle is a key subject for his designs – one attendee on the tour even had a deck of his Newcastle Productions playing cards!

Estabar provided the perfect rest stop as we picked up our coffee for the journey from the start of Hunter Street through to a range of hidden locations to reveal artworks by Adnate, BMD, Mike Watt, Jumbo & Bafcat. 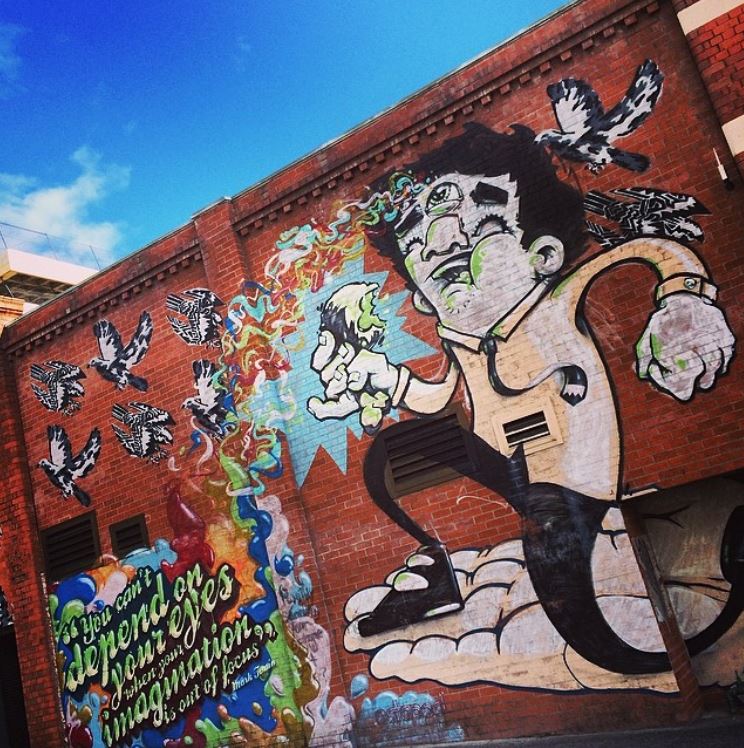 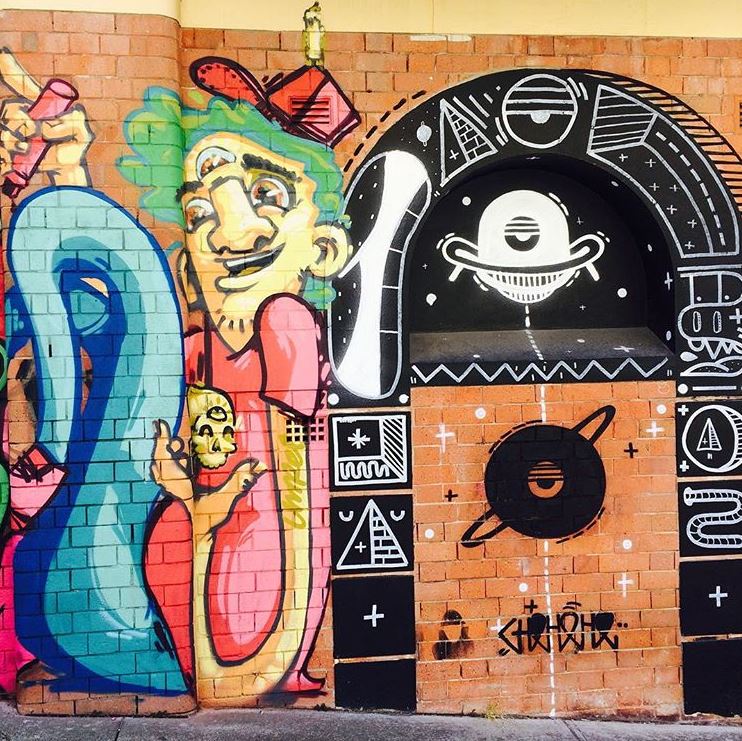 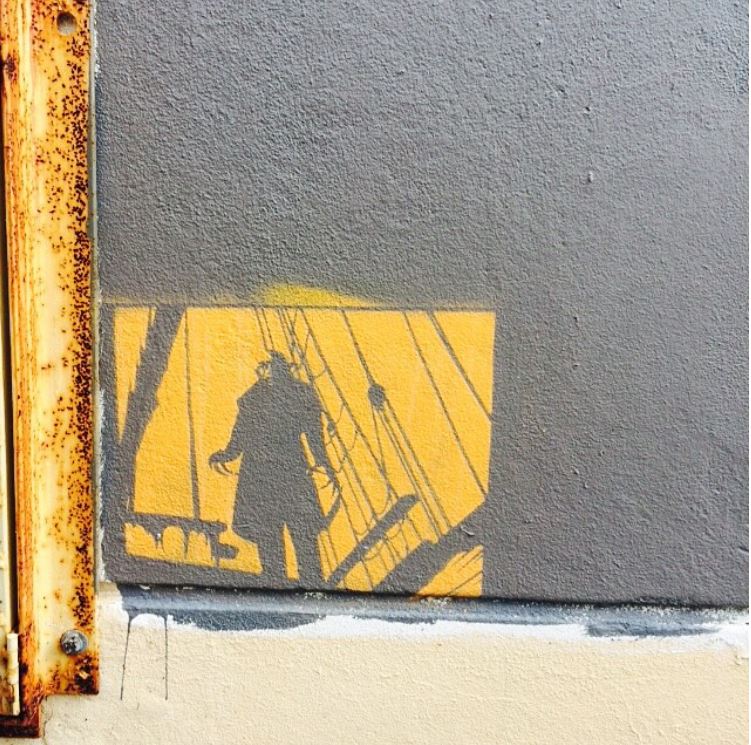 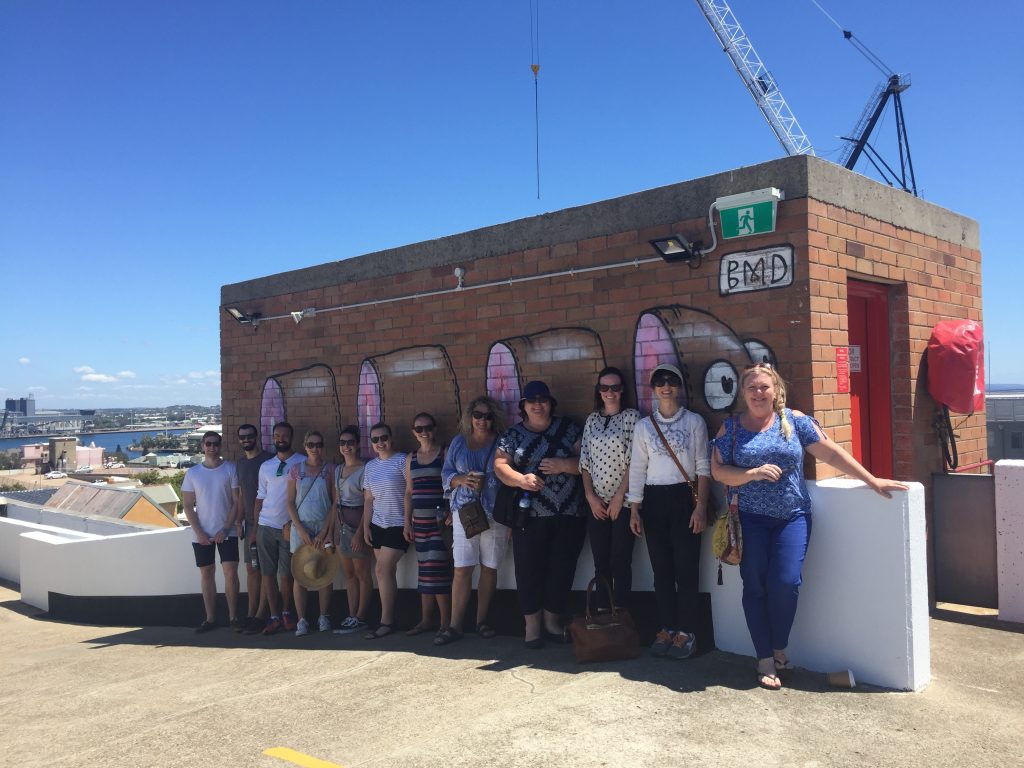