You know it has been a busy when you log into your website to find your last post was calling for volunteers for a street art festival that happened over three months ago. So, what has happened in Newcastle Street Art since November? Plenty!

Hit The Bricks Festival, produced by Look Hear, was a great success with over fifteen new artworks being produced across the Newcastle CBD during 22-24 November 2013. The program began with a Street Art Panel featuring Askew One, Shida, Phibs and Numskull which was hosted by Jonathan Boonzaaier. If I took notes, they would have probably said something about the great discourse addressing what is means to be an artist in a gallery and on the street, what is means to work in both realms of (high and low) art and why graffiti should not be seen as something to battle against.

My favourite part of this talk was when Askew made a correlation between Newcastle, Australia and Detroit, Michigan based on the urban landscape. The two cities that have experienced a post-industrial shift, affecting their urban environment, resulting in empty shopfronts and development lots. Whilst Newcastle may not have the extreme population decline of Detroit, the closure of steel magnate BHP certainly had economical impacts to the city. I have personally been making connections between to the two cities since my visit last year, so it was rewarding to see that I may not be the only ones who sees potential for connections between the two places. Art based interventions are doing fabulous things for both cities, as I type. I am looking forward to seeing the video of this talk which was documented by Look Hear.

I will be doing some posts on each site soon but to give you a taste of all the cool new art in Newcastle here is a selection of photos taken on the weekend of HTB. All in all, it was an epic weekend for our city and it was feel the city buzzing with excitement. 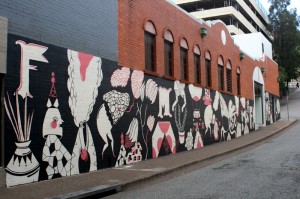 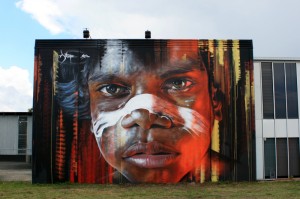 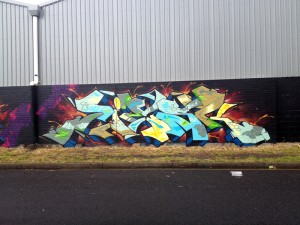 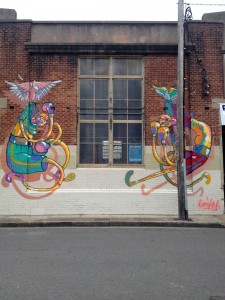 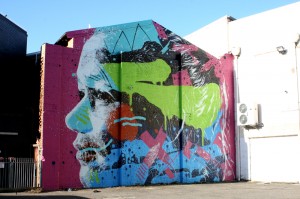 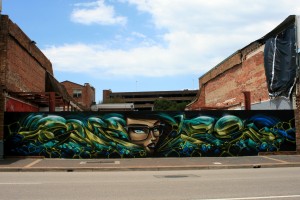