Failure:Lab the USA founded event focused on crushing the stigma associated with failure is coming to Sydney on 28 May 2016. With the theme of ‘The Highs & Lows of the Creative Journey’ this night is filled with successful creative professionals whom are going to erase the negativity associated with the F word – Failure, that is.

Seven creative professionals each share a story of failure, joining Failure:Lab’s global mission to eliminate the fear, stigma, and isolation around failure which, in turn, helps remove roadblocks to communication, innovation, and community.

Failure:Lab is a raw and intimate event showcasing personal stories of failure. With a refreshing environment of openness, it helps pave the way for change by crushing the isolation and stigma around failure. Failure then takes its rightful place as the crucial first step to the next big thing.

Our storytellers share memories of failure in a safe space for mistakes – no lessons learned or talk of who’s to blame! The audience can reflect on Twitter using #failurelab during the moment of reflection between stories.

Don’t let the name fool you – while the stories may be about failure, the event is really about courage, determination, and the strength to get back up.

Crush the stigma around failure. Embrace it, learn from it, build on it.

Storytellers (who will have 9 minutes to share their failure story before dropping the mic and exiting the stage!) 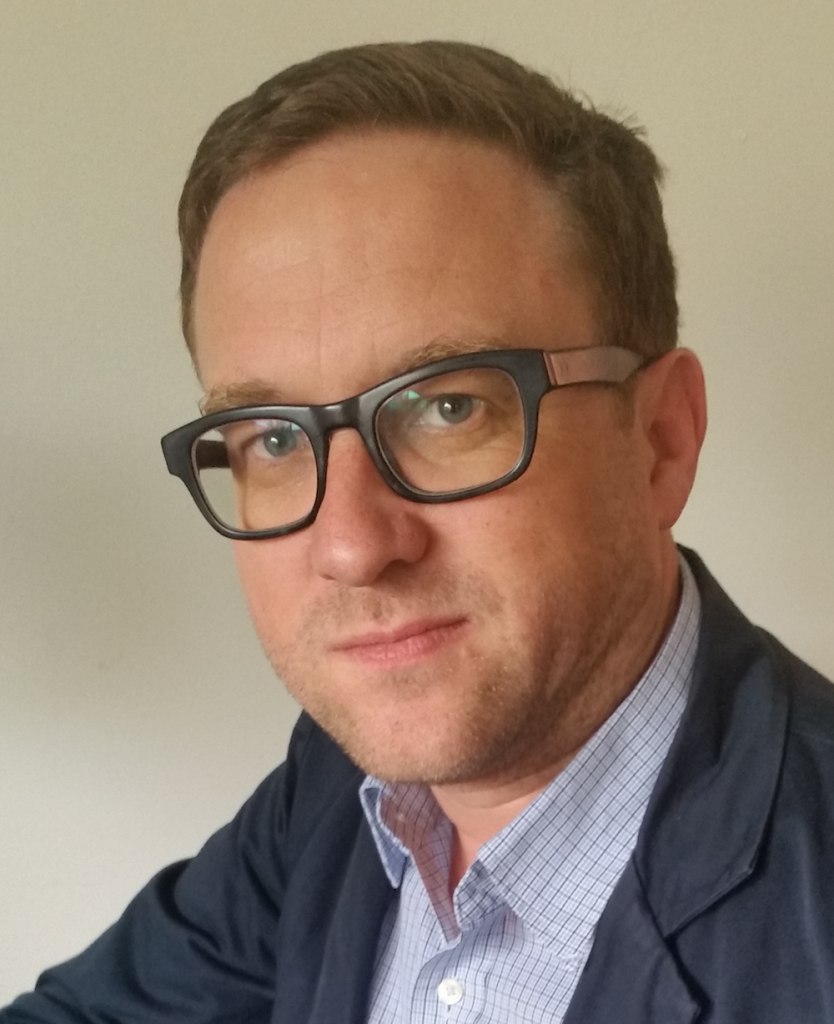 Marcus Westbury
Marcus Westbury is the CEO of Contemporary Arts Precincts Ltd that is leading the development of the Collingwood Arts Precinct in Melbourne and the founder of the multi award winning Renew Newcastle and Renew Australia. Marcus has been a writer, media maker and festival director and is the author of Creating Cities (Niche Press, 2015) and has been the writer and presenter of the ABC TV series Bespoke and Not Quite Art. 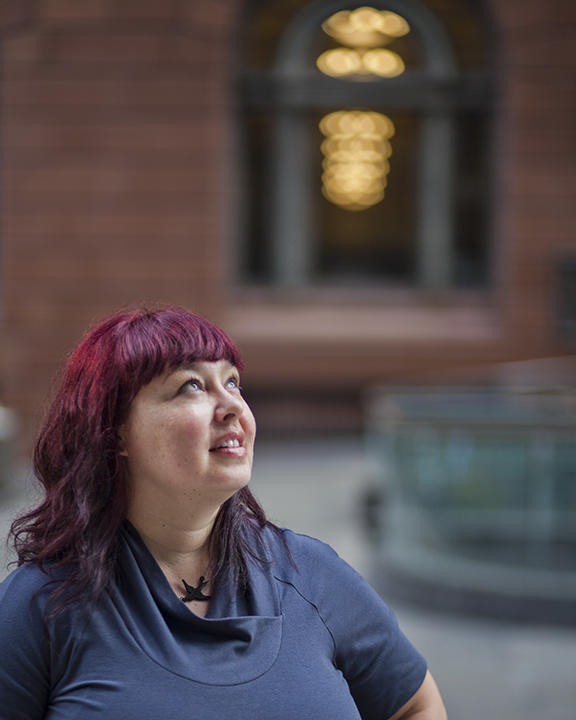 Somaya Langley
Somaya Langley has a built a career at the nexus between the arts and technology. She has worked for multiple government cultural institutions, broadcasters, festivals and not-for-profit arts organisations as a curator, director, producer and technical specialist. As a creative practitioner, her work primarily focuses on embodied and immersive audiovisual experiences. Her life is equal parts failure and success. Somaya is the Digital Curation Specialist at the State Library of New South Wales. 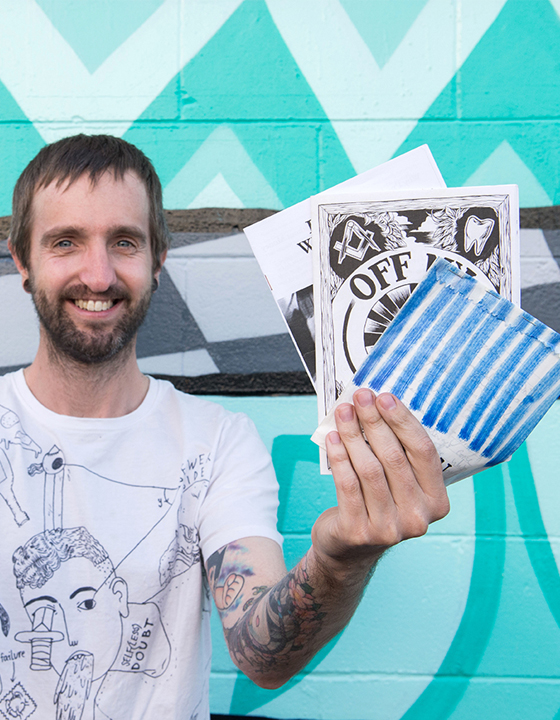 Jeremy Staples
Jeremy Staples’ work is all about creating spaces for community engagement and providing a platform for people to be heard and share their skills. He enjoys questioning, documenting, reading, writing and travel. He’s passionate about inspiring people to think and helping them along their own journeys. Over the past five years, he has been researching the future of radical print media abroad and worked alongside with and met with everyone from Maximum Rock and Roll to Tokyo’s largest English print magazine. 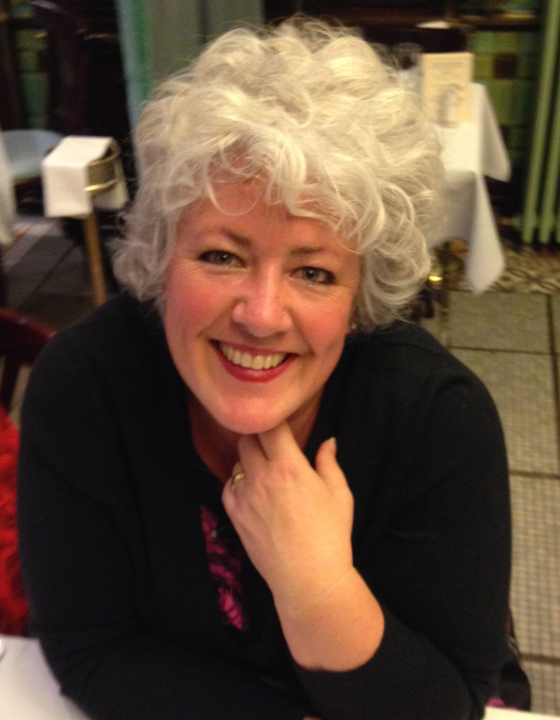 Dr Annetta Mallon PhD
Annetta was awarded her PhD in Social Science in 2016, and she specialises in feminism, identity, personal stories, sociology and professional practice. She is currently employed as a lecturer and tutor, with Western Sydney University in the areas of Social Science, Sociology, and qualitative research methods. In addition to her academic pursuits and teaching, Annetta is also a freelance writer & editor, and is currently involved in developing works in both the academic and fiction arenas. Her previous career was as a practising counsellor, advisor, and psychotherapist for over twenty years working in Australia, Italy, and the USA in the fields of injury and trauma recovery, grief and loss, mental health, and personal growth and development. 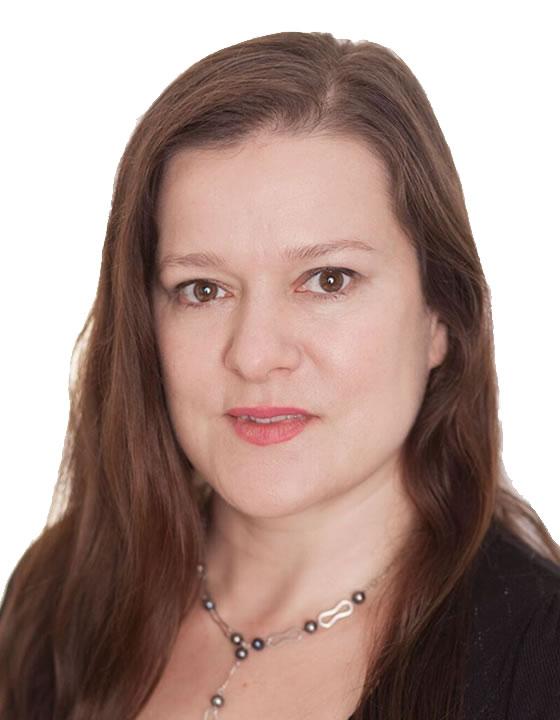 Chloe Beevers
Chloe has over 15 years experience as a creative strategist, collaboration broker, program producer and keynote presenter. As the founder of the consultancy firm Strategic Artistry, Chloe builds the capacity of governments, organisations, industries and communities to deliver creative outcomes. 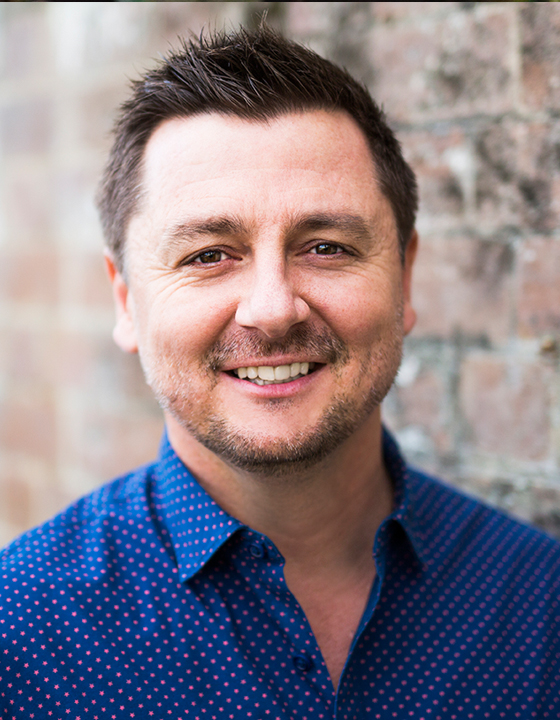 Adam Monaghan
Intermittent breaks from nursing to work in office jobs (not his thing) as well as dabbling in photography. Never quite believed in himself as photographer. Made redundant in 2013 and took another leap into video production. Taught himself to shoot, script, edit, produce and direct. Has grown the business into a six figure turnover enterprise in under three years. 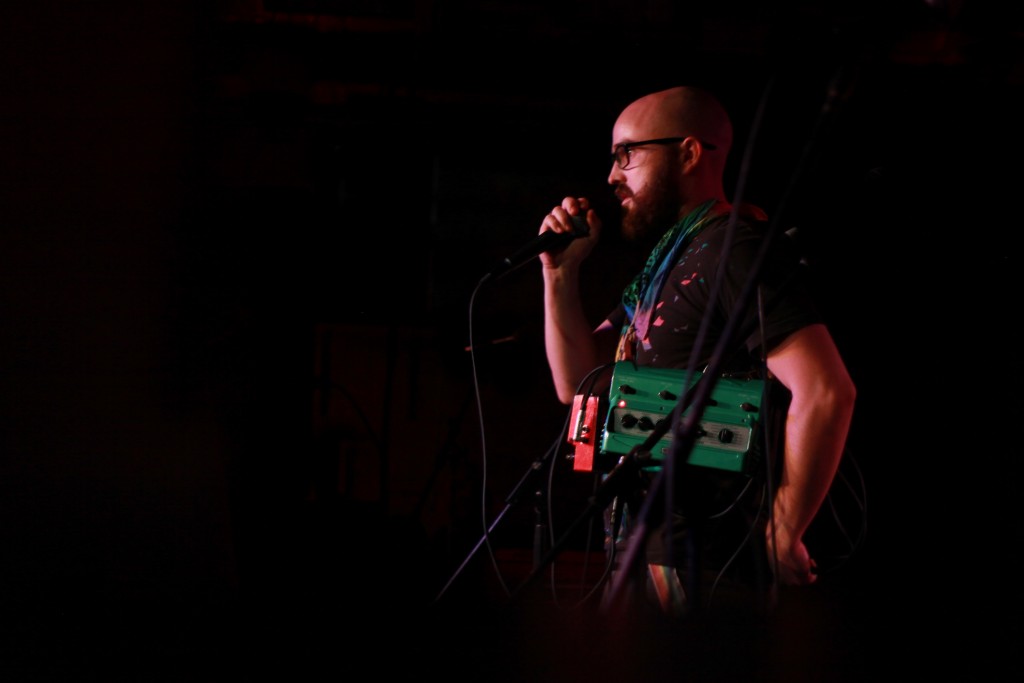 Performers (who will shift your mood with a 4 minute entertainment piece!) 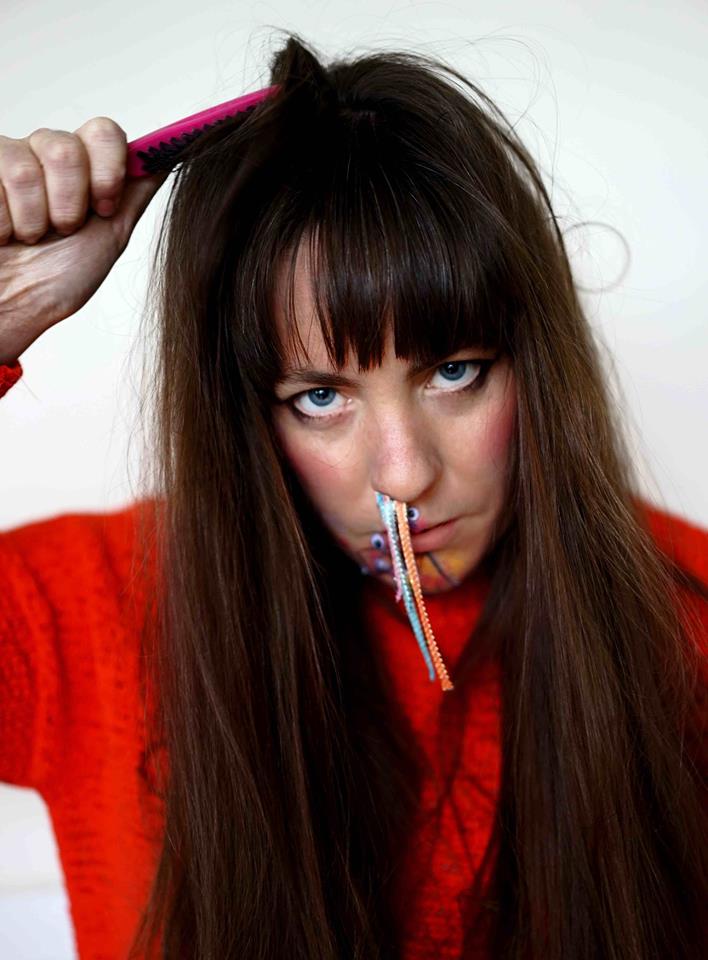 Casio Gloria
“The Kook, The Keys and the Curious. You decide who’s which.” From the grottos of Newcastle to the far reaches of the imagination, this eclectic/ electro performance-poetry explosion will have you sidestepping and your sides splitting. Launching the newest version of their bespoke music software MusicFox for Vivid Ideas Sydney 2016. 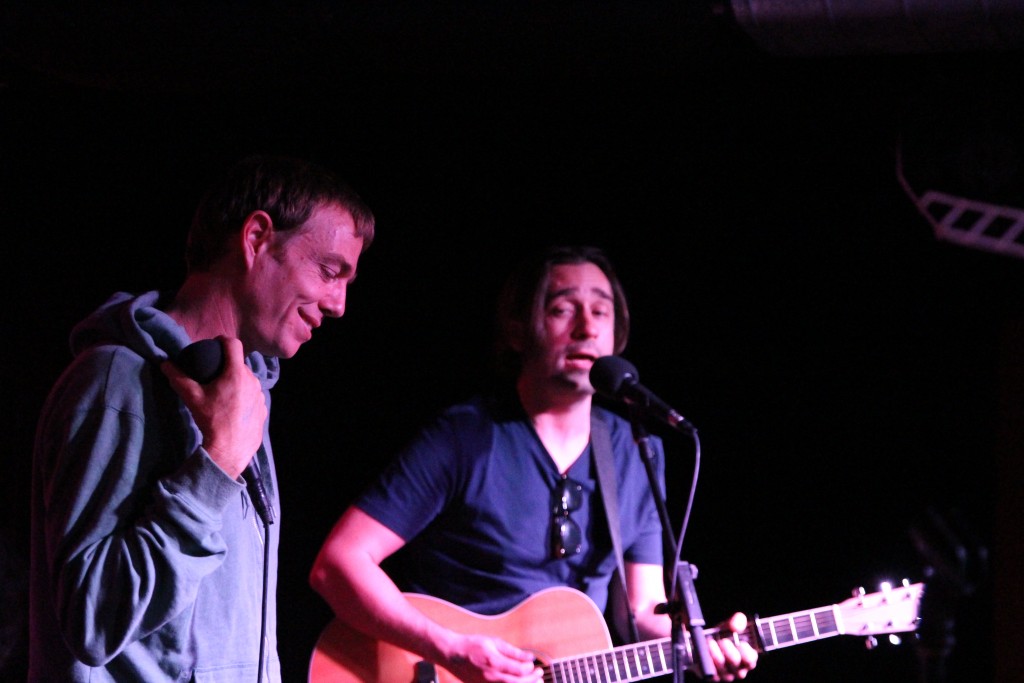 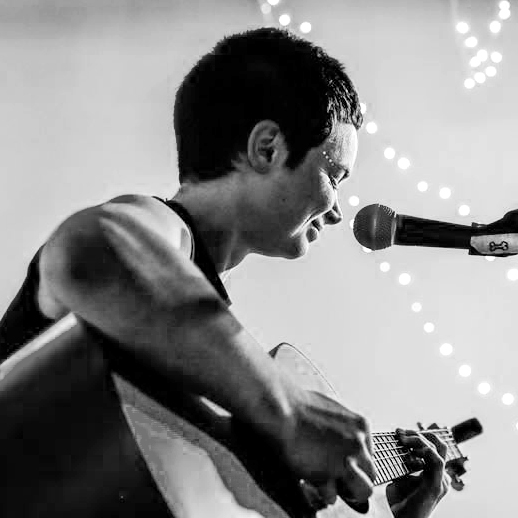 Spindles
Spindles is a Sydney-living musician who spins songs about the two things she thinks are most important: love and revolution. Sometimes her feelings about these things become so strong that they demand physical space – for guitar strings to oscillate, vocal cords to vibrate, stereocilia to reverberate. Spindles has spent the summer adorning these spaces with sea glass and cicada shells and midnights and Blue, and you are invited in. 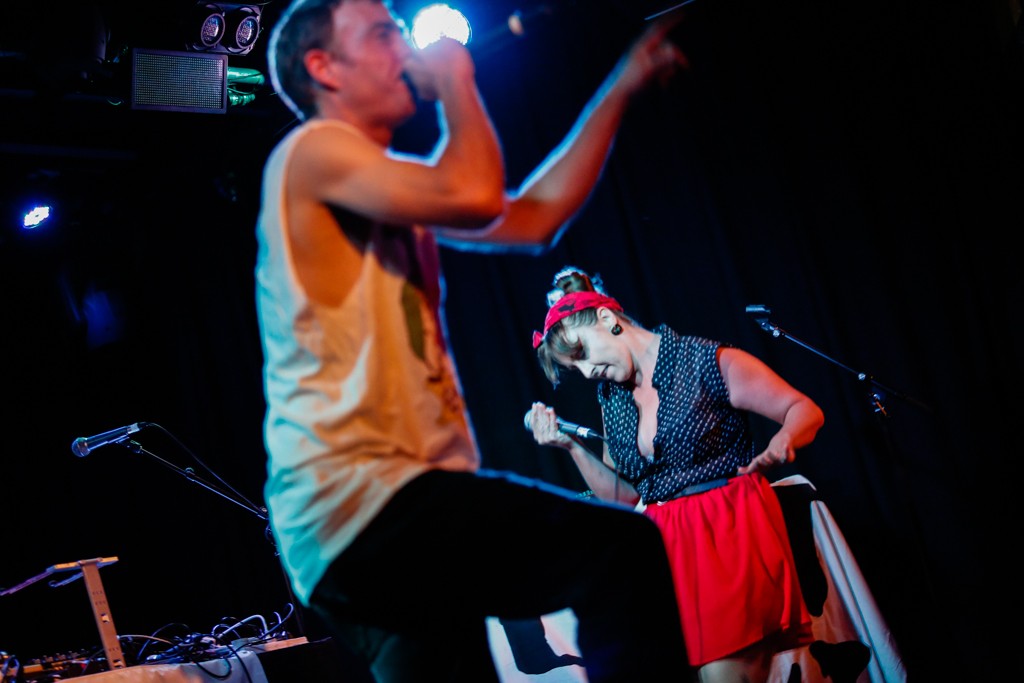 Ebb-Tides take their name in reference of the river they both grew up by on the mid North Coast of N.S.W. before moving to Sydney and meeting again later as fans of each other’s work.

Beginning from beautiful melodies Erin would draw from the sounds and songs Brent was creating as B.C, a series of collaborations turned into a project that both agreed to continue, taking shape as the colourful duo. Two friends who truly love creating art together.

Get tickets now whilst you can to this Australian first!