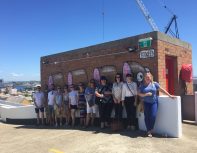 On Friday 1 December I was lucky enough to take the Strategic Planning Team from Port Stephen’s Council out on a city adventure from Newcastle East to (nearly) Cooks Hill. It was positively rejuvenating to meet such an outgoing and vivacious team who had so many questions around the process of engaging artists and commissioning creative projects. Starting in Newcastle […] 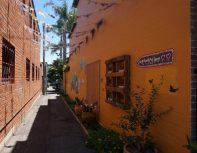 Come along on Saturday 9 September to explore Cooks Hill and the street art hidden down laneways and back streets near Darby Street. Street Art Walking leads you through the streets of Cooks Hill sharing stories about the artworks, how they came to be, about the artists behind the murals and techniques used to create them. We will wander around […] 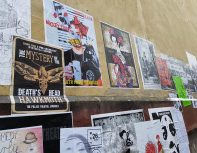 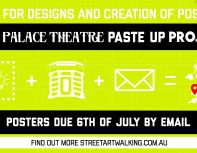 We believe this theatre deserves to operate again and this project is your chance to wonder on what it might have been like when it was first launched in 1888, or when operated as a theatre until the 1970’s or what will it look like when it’s renewed from disrepair? The Pavilion Theatre of Varieties opened in 1888. It was […] 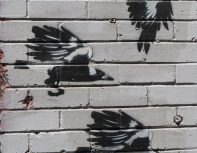 Many of those in Newcastle would know there has been a huge community response to the painting over of the Guido Van Helten mural this week. This has raised a number of questions from a range of people, such as, what rights do the community have in privately owned spaces that face and impact the public domain and what exactly is […] 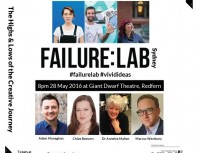 Failure:Lab the USA founded event focused on crushing the stigma associated with failure is coming to Sydney on 28 May 2016. With the theme of ‘The Highs & Lows of the Creative Journey’ this night is filled with successful creative professionals whom are going to erase the negativity associated with the F word – Failure, that is. Seven creative professionals each share […] 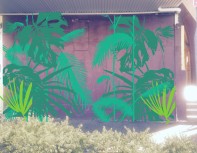 Street Art Walking is excited to announce our first Sydney project working with Place Partners and Urbanistas Sydney to develop a mural for a building located at the very start of Oxford Street. The project has been approved as part of Place Partner’s Oxford Street Activators project and will revitalise a currently tired (and tagged) wall facing the famous, Oxford Street. […] 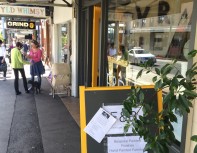 Now Based in Sydney

As many of our serious followers will know, late last year I moved to Sydney to pursue some personal career goals. It was all a bit of a hectic time as I was also working on This Is Not Art Festical as Director. We didn’t really have time to reflect or share the news, just quickly pack up our stuff […] 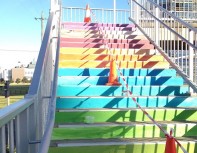 Last year we found out that some of our art and placemaking friends were working on an exciting project for the stairs at Wickham train station. Mark Aylward (who has been a key driver in some great placemaking projects in Newcastle West), had sparked a project online with artists Lu Quade and Erynwithawhy. As we are all pals online, […] 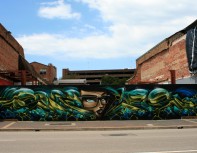 You know it has been a busy when you log into your website to find your last post was calling for volunteers for a street art festival that happened over three months ago. So, what has happened in Newcastle Street Art since November? Plenty! Hit The Bricks Festival, produced by Look Hear, was a great success with over fifteen new […]